A committed and dedicated team

Give a Hand’s team is multicultural and all our volunteers are committed and passionate. They all bring various skills that allow our organization to evolve with a common mission to help our field partners in Africa, Asia, and Latin America. Our volunteers are the very heart of Give a Hand. Their commitment for the past 10 years remains the catalyst for all our projects. Thanks to their generosity and devotion to research, management, project evaluations and administration, they all bring their rigor, expertise and contribution which allow us to continue our activities and look further ahead. 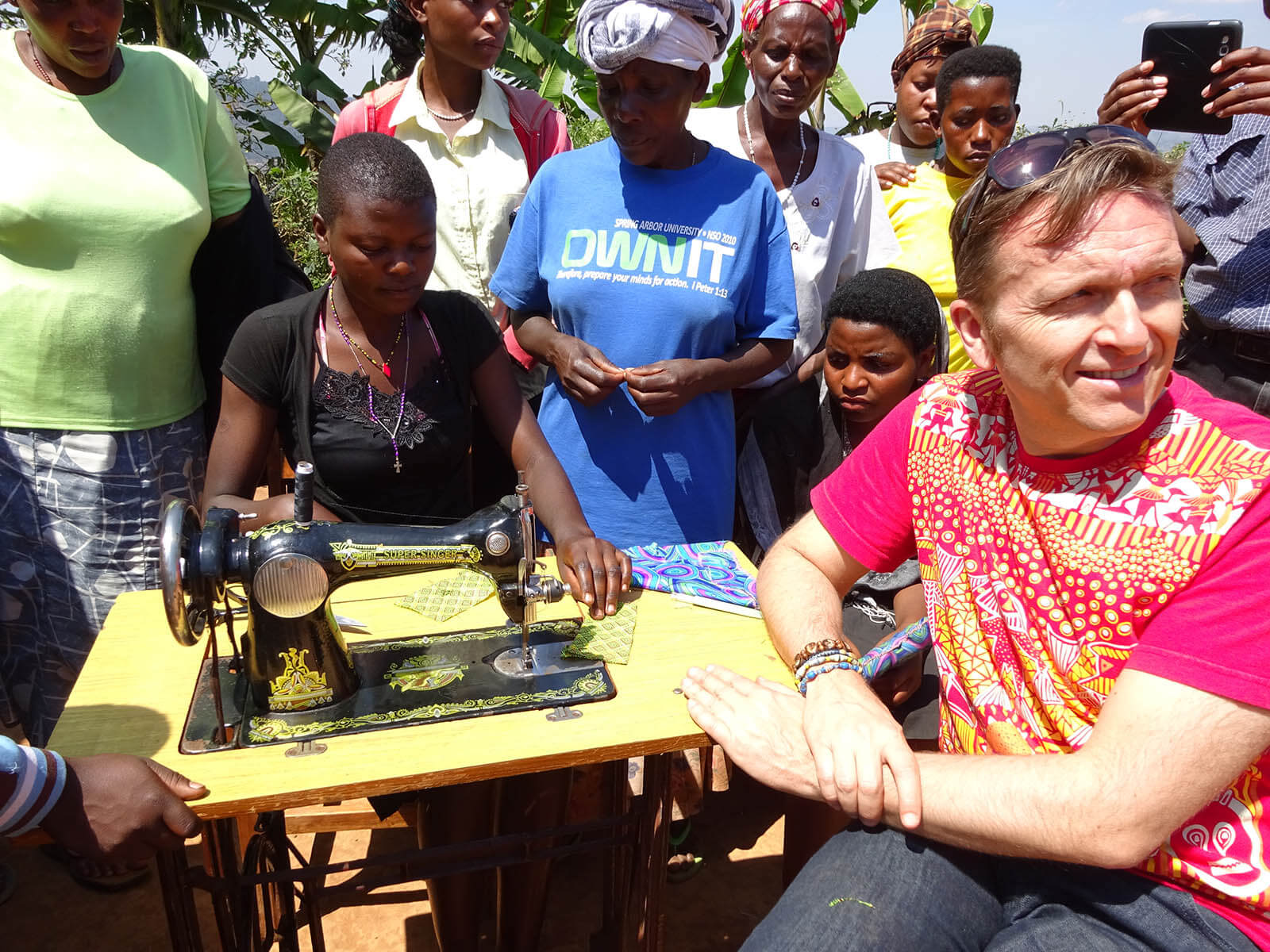 Daniel Lalande is a costume designer who has worked in England, France, the United States and Canada for the past 25 years.

From 2003 to 2007 Daniel has worked with the Kupu-Kupu Foundation in Bali, Indonesia. In 2007, the Outpost magazine chose Daniel as one of “Fifteen Canadian Heroes” that contributed to changing the world through his volunteer work. He has also worked in Guatemala in collaboration with a coop aimed at Mayan women from low-income communities. In addition, he has worked with Vidya, an Indian NGO and within Pappankalan community he implemented an educational integration project for children and a training program in sewing and embroidery for women. From 2008 to 2012, he lived in Brazil and worked mostly on projects for young social entrepreneurs from low-income communities with Ashoka- Geraçao Muda Mundo initiative.

Since 2013, he’s been involved in many of Give a Hand projects, providing support, workshops, mentorship and expertise to a lot of  small non-profit organizations around the world.

“Serving others is not just about giving. It is about listening, hearing, understanding and then helping others. Giving a voice to those who do not have one, that is what drives me within Give a Hand” Daniel Lalande, Founder and President

The Board of Directors is made up of individuals, all volunteers, who exercise decision-making authority over Give a Hand’s activities, considering the orientations we have set for ourselves. 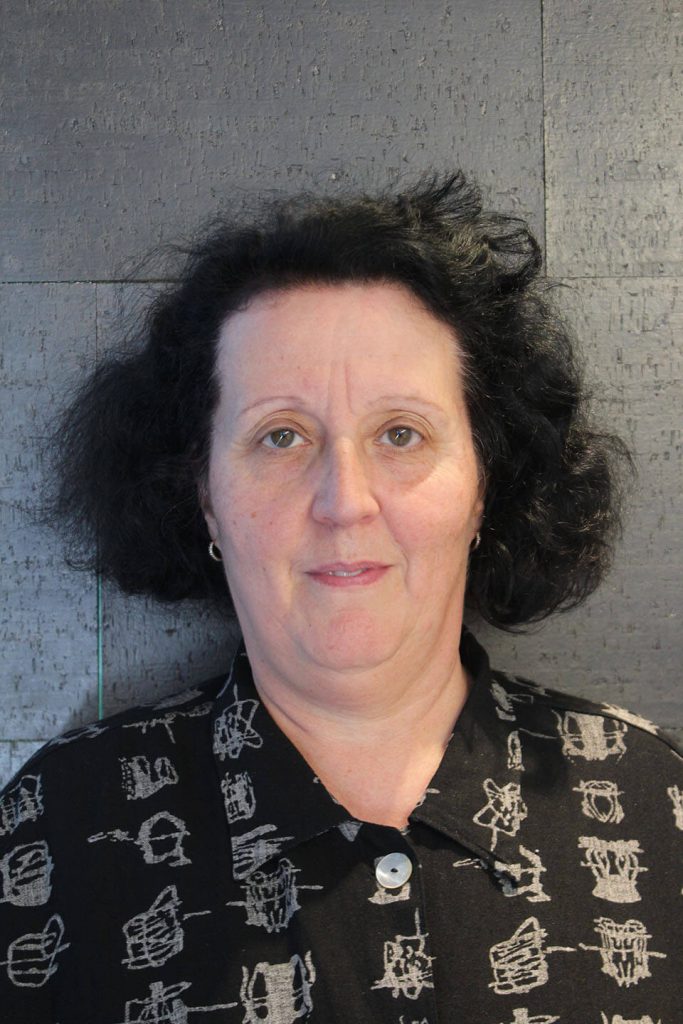 Marie-Odette was born and raised in the Vendée region of France. At a very young age she had a passion for the province of Quebec. This has been her home for the last 20 years. As a businesswoman, she joined the Groupe Première Moisson in 1998 and set up three high-performing pastry bakeries with other associates.

Marie-Odette is passionate about every form of art. For example, she was an active member of the Festival Transamériques and member of the Board of the Quebec International Duo-Piano Festival’s and of the Van Grimde Corps Secrets, a contemporary dance company.

Ms. Charbonneau is known for her huge generosity and natural compassion. Although she is quite busy, she never declines an offer to help a friend, welcome a visitor to her home or to get involved in a charitable event. She always finds time!

Ms. Charbonneau is the vice-president and a member of the Board. She's also one of the founding members of the organization. 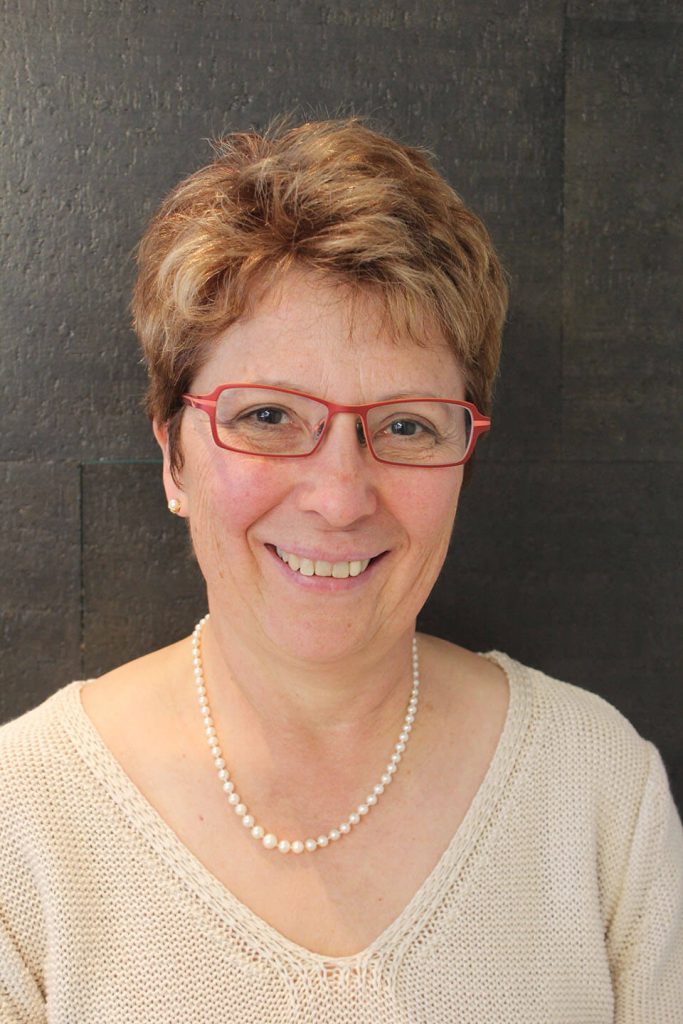 After practising for more than 30 years as a nurse in various hospitals and as an international adoption workshop facilitator, Johanne redirected her career towards international development. She participated in ten missions in Latin America in optometry, ophthalmology and dental care.

Johanne also worked two years as a volunteer nurse in Bolivia with burned children and at the neonatal unit. Today, she works as a volunteer at the Montreal Children’s Hospital.

With the Give a Hand team, Johanne is responsible for Human resources and Fundraising with potential donors and she is also a member of the board of directors. 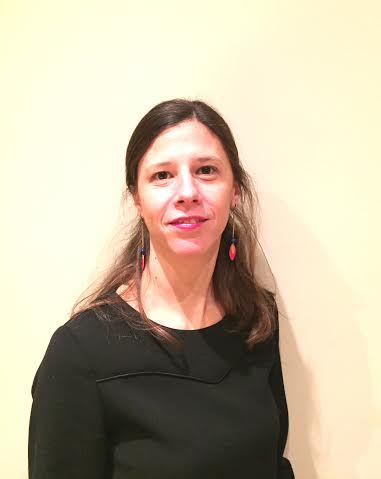 Sophie Franchette has a degree in international development. An adventurer, she acquired a solid field experience by traveling in Vietnam, Burkina Faso or in the Republic of Congo. Originally from France, Sophie moved to Montreal 6 years ago. She has been involved with the Givea Hand team for years and she is thrilled that the volunteer work she does with the organization got her reconnected with her first love: international causes relating to education and children. Managing daily projects with our different partners around the world is inspiring for Sophie.

What she particularly likes about Give a Hand is the closeness to people on the ground and the opportunity of working with passionate people. Sophie is a member of the board of Give a Hand.

All our project managers are volunteers and most of them have completed training in international development, have worked or are currently working in this sector or related ones. They are dedicated to each project undertaken by Give a Hand internationally and they ensure follow-up of projects developed with our partners and communications with our donors. 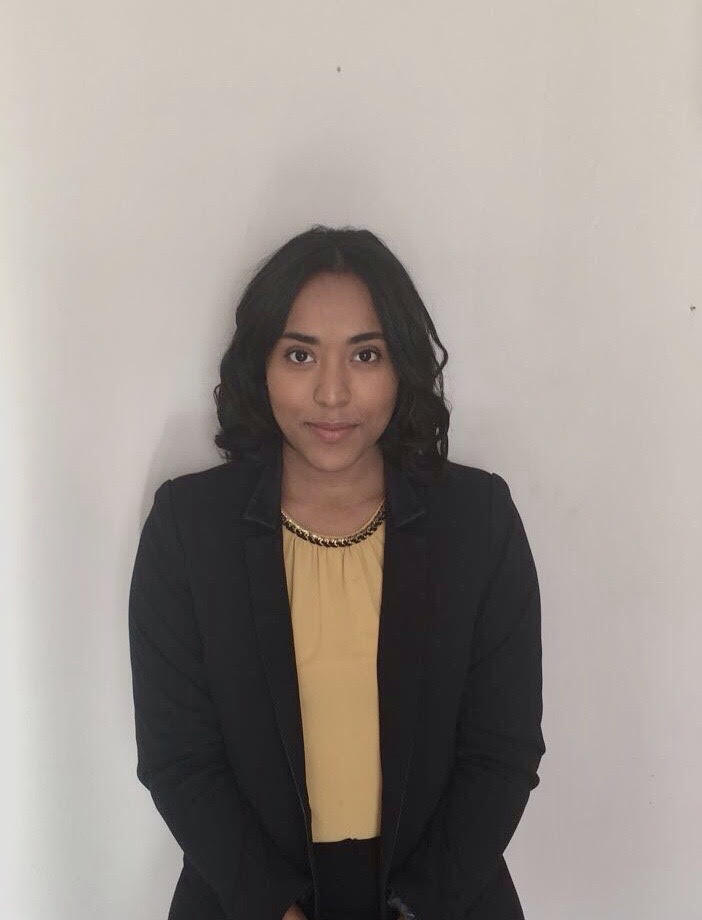 Valérie obtained a diploma in Human and Social Sciences. She volunteered with non-profit organizations, where she supported projects and events in health and education.

Valérie has always been a humanitarian and in this sense would like to promote change within low-income communities, because she passionately believes in social justice.

Joining Give a Hand means supporting projects aimed at improving the quality of life of marginalized communities and pursuing her own dream of solidarity.

Valérie is assuming the role of Team Coordinator with the Give a Hand team. 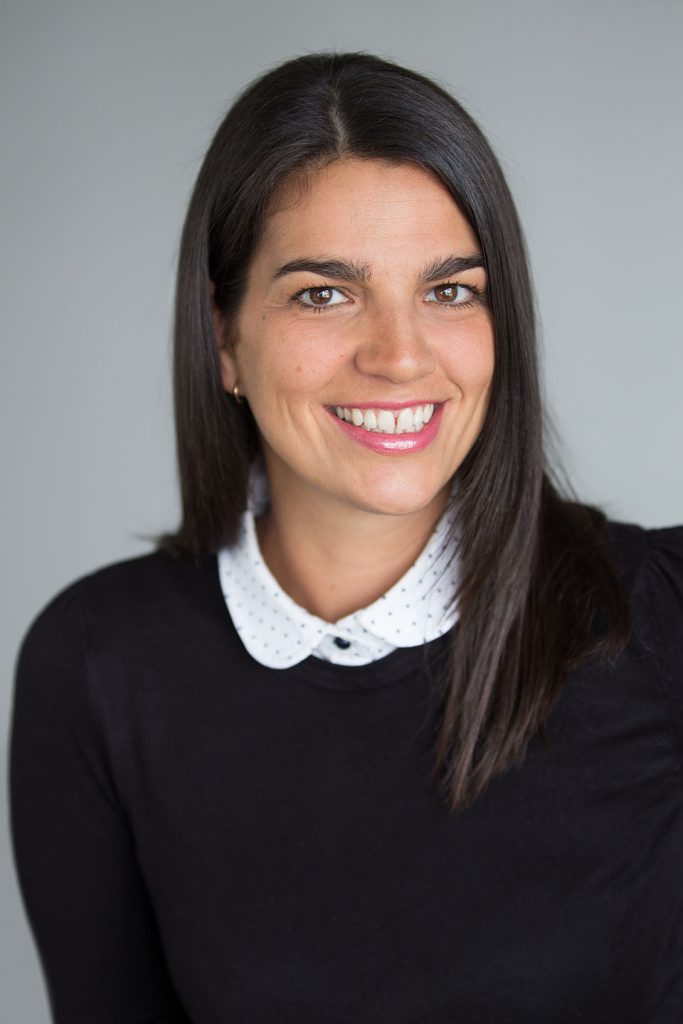 Isabelle is a self-employed web project manager. With her dedicated team, Isabelle helps the general management or the communications department of various organizations to manage their digital projects by coordinating all the actions related to the development of their brand and Web project management. With a Master's degree in Business Administration (Executive MBA), she has acquired solid expertise in supporting exceptional national clients. Her project choices allow her to touch on issues that are dear to her, such as those of Give a Hand.

Confronted with very different realities since she adopted a nomadic lifestyle in 2017, Isabelle wanted to get involved in helping people and groups in vulnerable situations to enjoy a better daily life.Within Give a Hand, Isabelle is one of our project managers and monitors international projects related to women's empowerment. She is now committed to using her expertise to improve the daily lives of others. 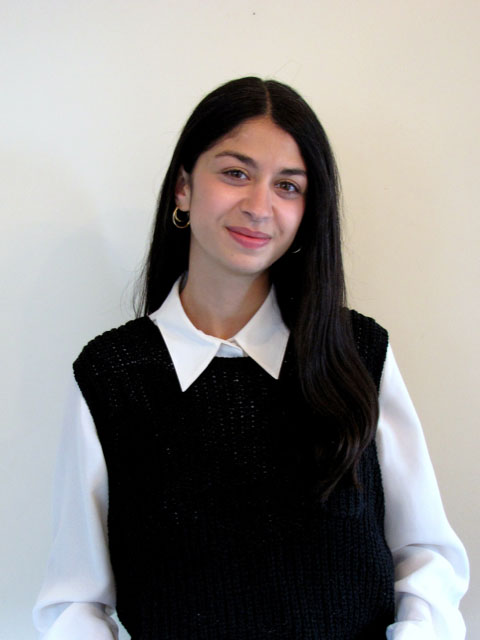 A graduate from the University of Montreal with a bachelor’s degree in International Development and a Certificate in International Cooperation. Melissa is passionate about social justice, gender equality and community empowerment projects.

Her experiences in Cambodia and South Africa confirmed her interest in international development and projects using information and communications technologies as effective tools for social change, promotion, and protection of human rights.

Melissa is assuming the role of Project Manager with the Give a Hand team.

Our advisers are also volunteers, chosen and selected by the President of Give a Hand in order to enlighten us on legal or philanthropic aspects, or aspects of a more social nature with our partners in the field. 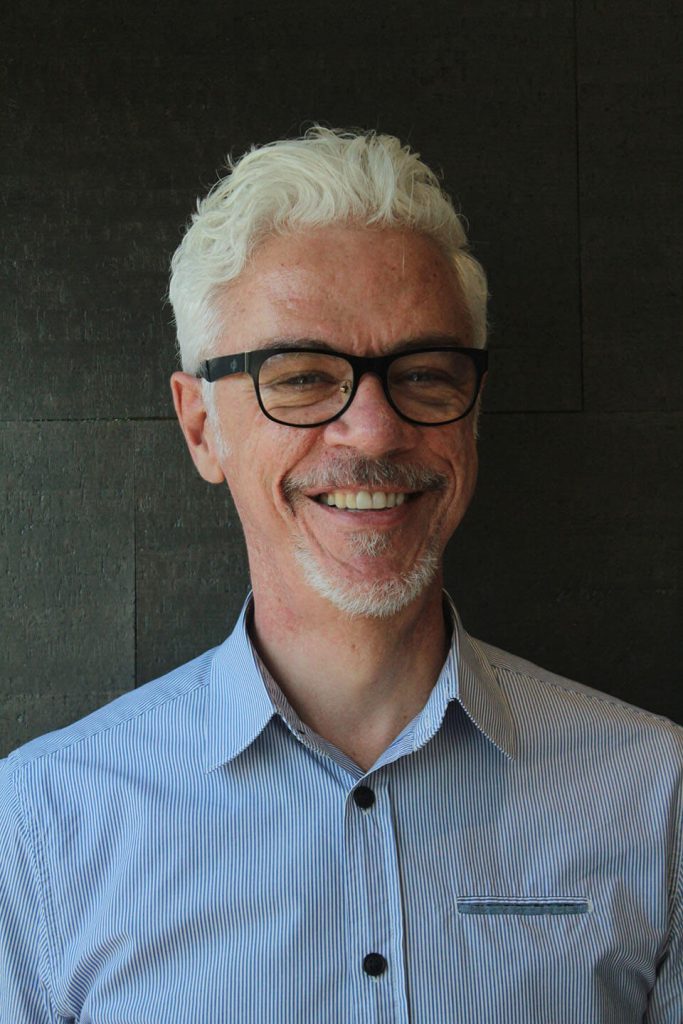 After a 25 years career as a mergers and acquisitions lawyer at Fasken Martineau, Jacques decided, in 2005, to dedicate himself to improving lives of the underprivileged.

Between 2005 and 2007, he worked as a volunteer with cooperatives of weavers and coffee producers in Latin America. In 2008, he joined Ashoka, as Director of “Housing for All” program in Brazil. From 2013 to 2015 he was the Chief Operating Officer at One Drop Foundation in Montreal.
Since 2016, Jacques was until recently the senior director of international programs for CUSO International in Ottawa.

Jacques has a degree in Law (LL.L) at the Université de Montréal, a master’s degree in international law (LL.M.) at McGill University and an MBA at the Richard Ivey School of Business (University of Western Ontario).

Jacques brings to Give a Hand his compassion for the underprivileged, his business experience and his understanding of international development issues. Jacques is also one of the founders of Give a Hand. 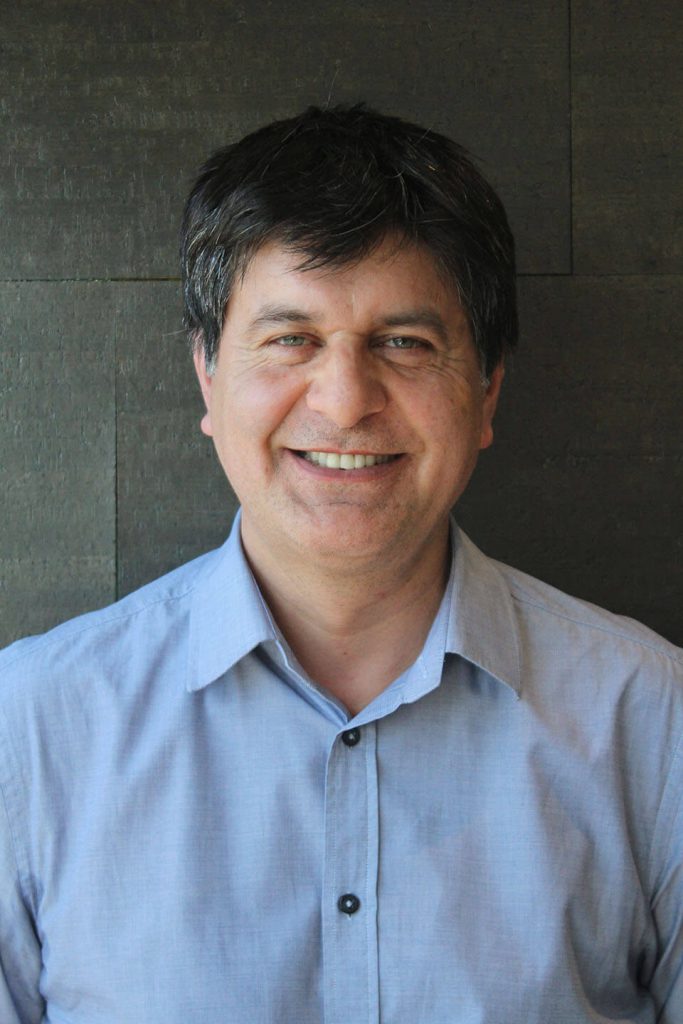 Luis Soel Rodas is an international development consultant. His areas of expertise include cultural perspectives, intercultural communication, and their influences on how to manage international projects.

Luis gives pre-departure training for candidates working abroad, as well as for foreign delegates arriving in Canada. He is a lecturer at the Univeristy of Quebec in Hull.

Within the Give a Hand team, Luis brings his knowledge of international issues, international development expertise, and a network of contacts in Latin America. 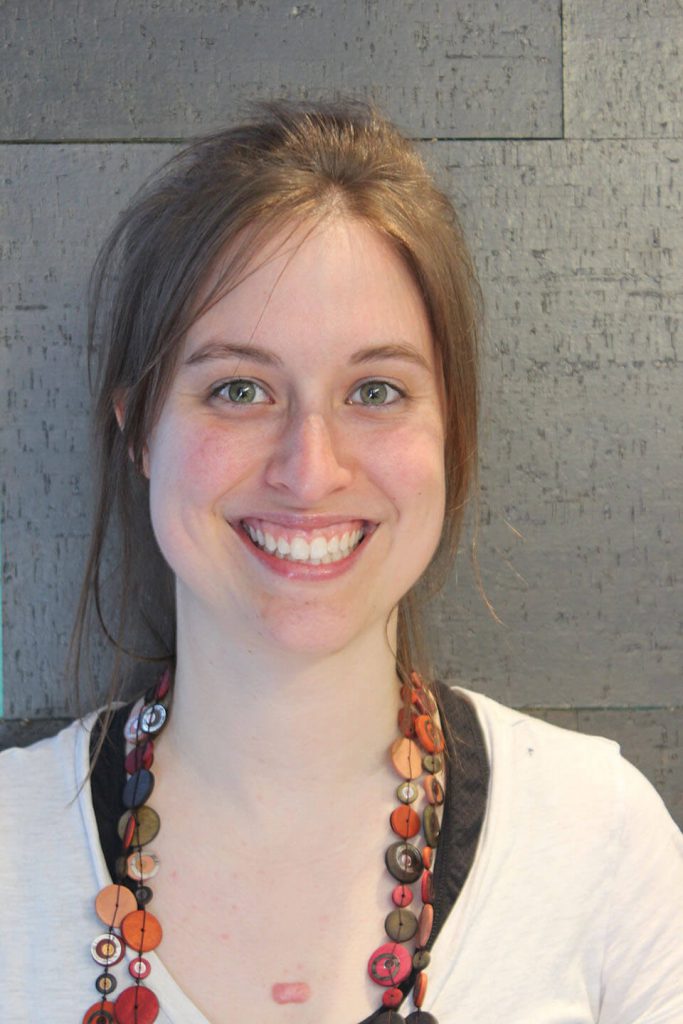 Ariane works in the women's rights and gender equality sector. A graduate in International Development, Ariane had the opportunity to dive into the heart of projects in Bolivia, Burkina Faso, Haiti, and Honduras with various non-governmental organizations during her professional career.

A convinced feminist, she is passionate about intercultural exchanges and environmental initiatives.
With Give a Hand, Ariane is now part of the Advisory team after assuming for years the role of Team Coordinator.

The administrative support team of Give a Hand ensures the daily run of a set of established procedures, namely the administration, the treasury, the management of human resources and fundraising as well as the research for new partnerships. 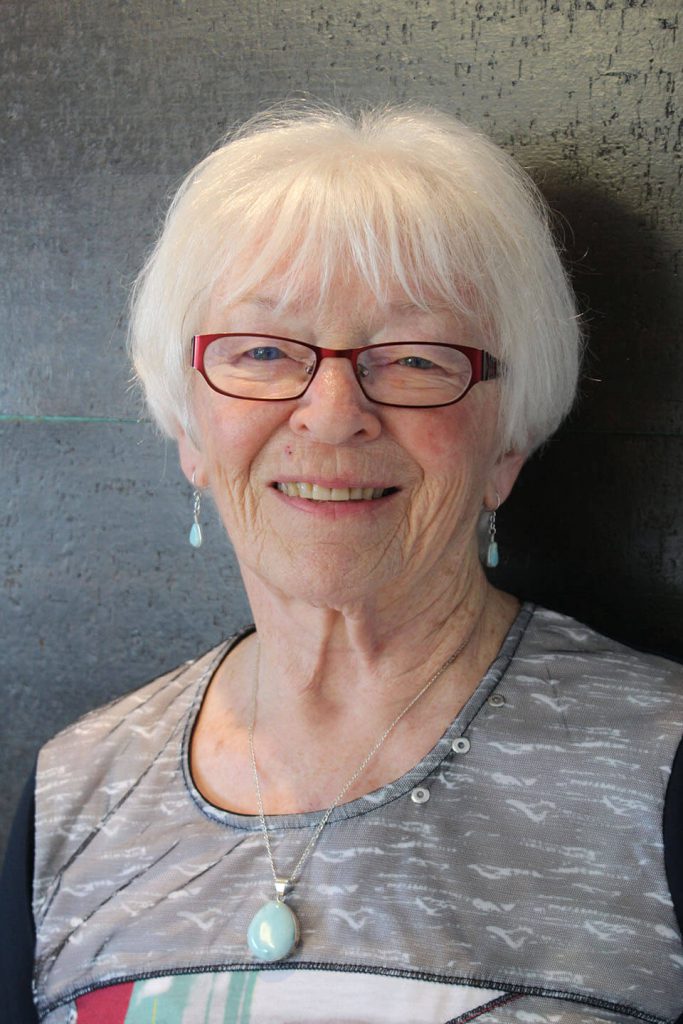 After 52 years of working as an administrative assistant in many major businesses, including companies and insurance brokers, one chartered account office, one notary public office and a number of law firm offices (including the last 23 years at Fasken Martineau in Montreal), Monique Pelletier is now retired.
In addition to working as an administrative assistant, Ms. Pelletier was a co-owner of a small senior residence from 1987 to 1994. Ms. Pelletier pays close attention to the needs of others and is available to help when necessary. This natural compassion drew her to Give a Hand’s team in 2010. Additionally, she is involved in a genealogy association as a volunteer.

As part of the team, Monique assured the smooth operation of all administration matters since the inception of Give a Hand. She is now an honorary member of the Give a Hand team. 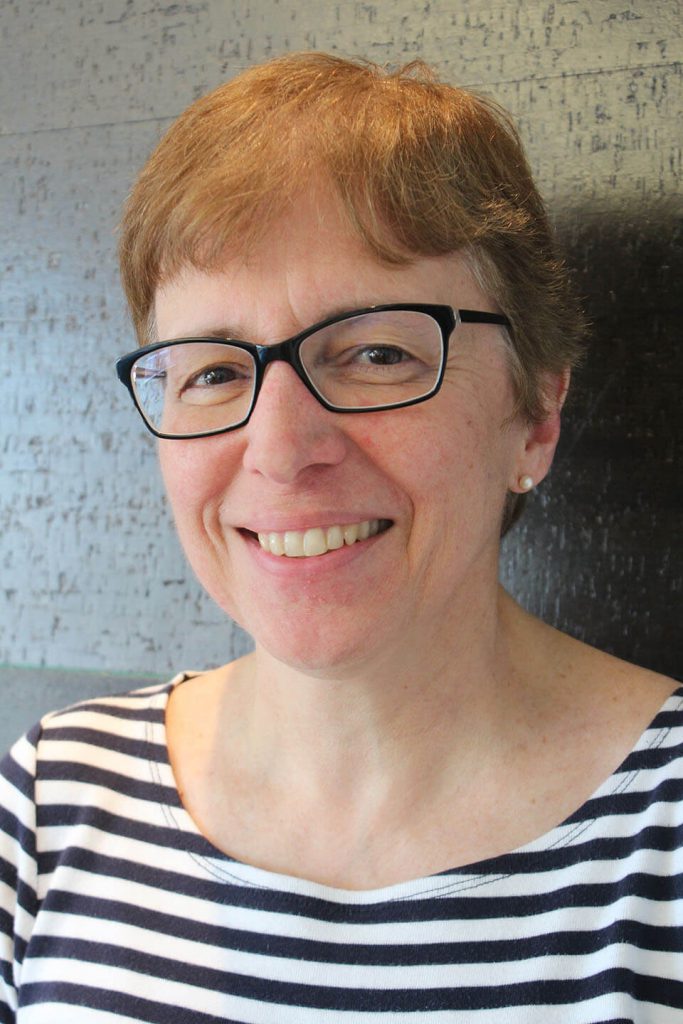 Since 1976, Julie Paquet has been working as a nurse at Ste Justine Hospital in many departments such has intensive care, emergency unit, delivery unit and the dialysis clinic. She’s worked in the past as the treasurer for the nurses’ union.

Julie got involved in the school committee of her area and was also president of the Orientation council.

From 2003 to 2014, Julie was responsible and participated in the Ste Justine hospital camps for children who receive dialysis and also those who received kidney transplants.

With the Give a Hand team, Julie is working as the treasurer. 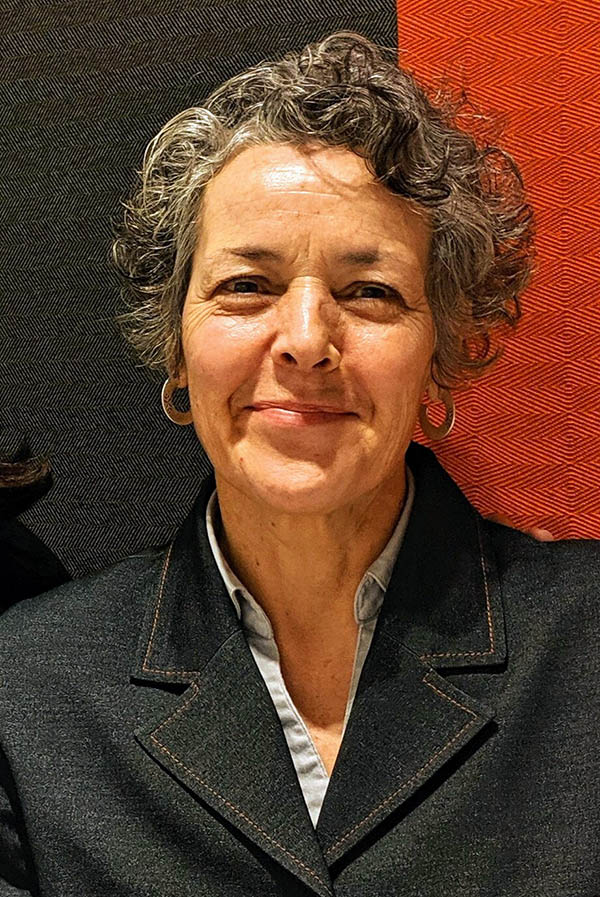 Lise recently joined the Give a Hand team to fill in as Assistant Secretary of the organization. She has decades of experience as an insurance expert in settlement of claims arising from civil general and professional liability.

She has volunteered in various non-profit organizations whose mission was oriented towards local social issues, namely reintegration of young adults and integration of immigrant families. We are pleased to welcome Lise to our team!